Last week we added to our position in Dominion Energy, two days before the company reported quarterly earnings. We believe that asset performance of the company’s key projects coming online is the path to the eventual recovery in the company’s share price and future growth. Dominion’s assets remain best in class. For example, during the most recent quarter, the company’s six nuclear units ran at a record 98.5 percent of capacity, while weather adjusted power demand growth was among the highest in the United States at 1.7 percent. The midstream business now generates an additional $700 million in annual operating profits from the Cove Point LNG export facility, which is fully contracted for the next twenty years. The company’s $125 million expansion of its Carolina Gas pipeline network started generating revenue this spring. And, the Atlantic Coast Pipeline project is still on track for a late 2019 startup.

Dominion Energy’s takeover bid for SCANA, an energy-based holding company that primarily services South Carolina, still presents major potential upside to our estimate of fair value. The transaction presents relatively little downside risk for Dominion. The company’s official position remains optimistic about closing the deal in 2018, which would likely support strong annual dividend growth beyond 2020. Chief Executive Officer Tom Farrell reassured investors that he will walk away if South Carolina legislators or regulators undermine the proposed deal’s economics. Farrell clearly stated that there is “no flexibility” in the company’s takeover offer for SCANA. Dominion will either close the deal on its terms, or walk away if South Carolina will not allow sufficient recovery of costs for the shelved Summer nuclear power plant project.

At current levels, we believe that an investment in Dominion Energy presents a compelling opportunity to attractively compound capital at attractive rates. 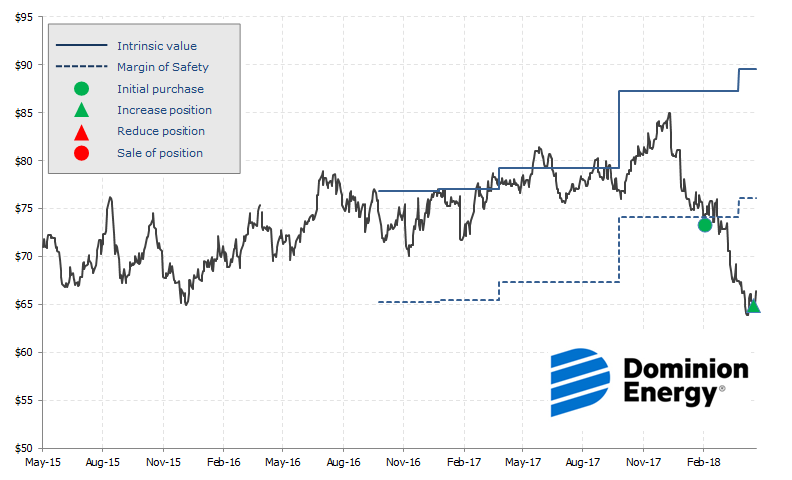 Headquartered in Richmond, Virginia, Dominion is one of the nation’s largest producers and transporters of energy, with a portfolio of approximately 26,400 megawatts of electric generation, 66,000 miles of natural gas transmission, gathering, storage and distribution pipeline and 64,200 miles of electric transmission and distribution lines. The company operates one of the largest natural gas … Read more

Company Overview Kirkland Lake Gold engages in the acquisition, exploration, development, and operation of gold properties. The company’s principal properties include the Fosterville Mine located in the State of Victoria, Australia and the Macassa Mine situated in Kirkland Lake, Ontario, Canada. The company was formerly known as Newmarket Gold and changed its name to Kirkland … Read more